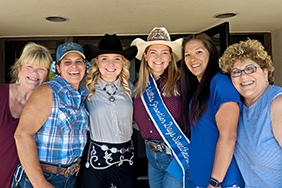 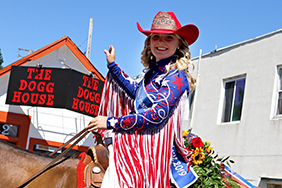 Full list of Willits Frontier Days Sweethearts
over the years: 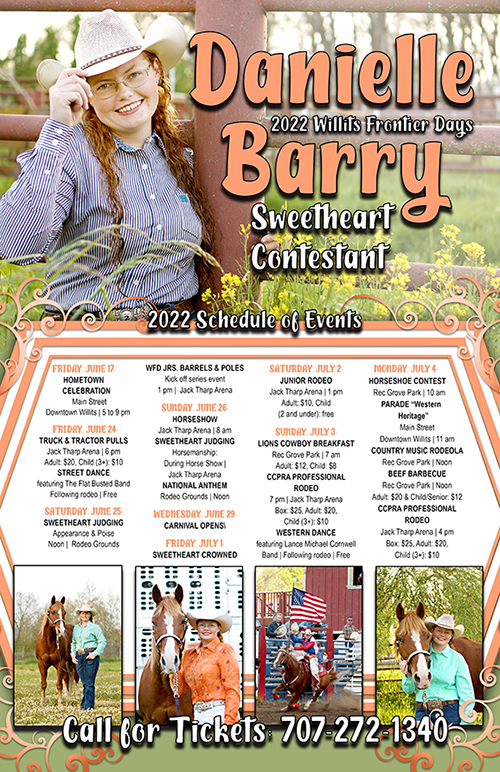 The 2022 Willits Frontier Days Sweetheart contestant is Willits’ Danielle Barry, 18, who has been looking forward to this experience since she was just a li’l cowgirl. “I decided to run for Sweetheart this year, because I have always looked up to the Sweethearts that got me started in riding … and since I have basically grown up at the rodeo grounds!” laughed Barry. She’s not wrong; Barry certainly can call the Willits Frontier Days rodeo grounds her second home, as she’s spent many years there riding, helping, and volunteering alongside parents Fred and Marcy Barry who have both served as volunteers, vice-president, president, and board members for the non-profit group for over a decade. “I will be riding my own horses for this year’s competition, Rebel and Whiskey,” explained Barry. “Rebel has been my partner for 10 years, and I can’t imagine doing this without him (I always said I will only run for Sweetheart if Rebel was still able to be my partner and if he wanted to), and well, this is the year and we are ready!” Danielle has been riding in gymkhanas, horse shows, and trail rides as well as in high school rodeos. Whiskey joined the team this year, and Barry noted that she couldn’t be any happier with his performance. “He is teaching me new things every day!” Barry attributes her initial interest in horses and the rodeo life to years of encouragement from past Sweethearts, many of whom continue to support her to this day. “The past Sweethearts are the ones who really got me interested in horses,” said Barry. “They were the ones who put me on their horses for the first time at the arena. Thank you to Mary Fonsen for giving me lessons; to Marta Bartow for entering me in my first horse show; to Nicol Persico Kunka for lessons in riding, taking care of my horse and everything in between; to Amanda Hiatt for pushing me to be the best I can and to not give up when I wanted to; to Riata and Twila King for encouraging me to always do better than my last competition and to go ahead and do high school rodeo; and to Courtney Figg-Hoblyn, who not only shared her Sweetheart parade ride with me, but her horse, Clue, year after year, too. “I also can’t forget to thank the entire Persico family, and especially Mike Persico, who told me ‘if you’re going to ride horses, you show them who is the boss, and if you fall off, you get back on.’ I think I might have been only 4 or 5-years old when he told me that, but I have never forgotten,” said Barry. Barry is graduating from Willits High School this June and will be heading to Feather River Junior College in Quincy in the fall, where she will compete on the college rodeo team while completing her college prerequisites before moving onto a four-year college to follow her dream of becoming a large animal vet. “I am very excited to be able to run this year,” said Barry. “I’m looking forward to meeting new people and representing Willits Frontier Days during this year’s contest. I want to also thank everyone that is helping me along the way, and give a big thank you to the Willits community as well as my Willits Frontier Days family for always supporting me. I want to wish everyone a happy and safe Fourth of July!” Barry will be selling tickets to all the upcoming events and is available by calling or texting 707-272-1340.


Originally published in Willits Weekly
PLEASE RESPECT THE CONTEST and allow our Sweetheart to sell tickets herself. Willits Frontier Days will not allow online campaigning or encouragement of family or friends helping the contestant sell the tickets in any way. If you want to show your support for the contestant this year, please let anyone interested know that they can reach her directly at the phone number listed above. Thank you!

Every year, Willits Frontier Days holds a contest to find the perfect representative for the upcoming Fourth of July celebration; someone who will be an ambassador for the organization, demonstrate poise and personality, be an accomplished equestrian, and exemplify the ideals of western life.

Since 1927, contestants aged 16 to 20 sell tickets to the annual events and compete in riding and poise competitions to decide the year’s winner. The contest starts May 1 with the girls out, dressed in their western finest, selling tickets to the barbecue, rodeos and more. Closer to the end of the competition, the girls prepare a speech based on the year’s theme that they recite in front of family, friends and a panel of judges. They also model western wear and answer questions from the panel. The riding portion of the judging takes place during the annual Horse Show event and includes the girls riding a predetermined pattern on horseback, as well as answering questions from the show judge focusing on equestrian and rodeo knowledge.

The contest runs until the evening before the Sweetheart Dinner, usually held the last Saturday in June. Ticket sales are tallied by a CPA and added to the scores from the poise and riding competitions, and a winner is chosen.

The winner is then crowned at the invite-only dinner in front of family, friends and supporters. It is there that she receives a silver belt buckle, silver spurs, silver tiara, engraved saddle, American flag chaps, flowers, and congratulations galore. Girls also earn 15 percent of their ticket sales, which makes competing for the title a great summer job, too.

The winner then gets to enjoy participating in the year’s following events including riding in the Grand Entry for the California Cowboys Professional Rodeo Association and Junior Rodeos, riding in the parade, helping move cattle in the arena, and posing with winners of other contests, as well as making many other appearances during the festivities. The winner is also encouraged to attend other state and local events to represent Willits Frontier Days, including high school rodeos, CCPRA and other circuit rodeos, local fairs, school functions and more.

The winner also joins the roster of past Sweethearts, at right, and is invited to all future dinners where the past Sweethearts are honored with roses and a group photo. 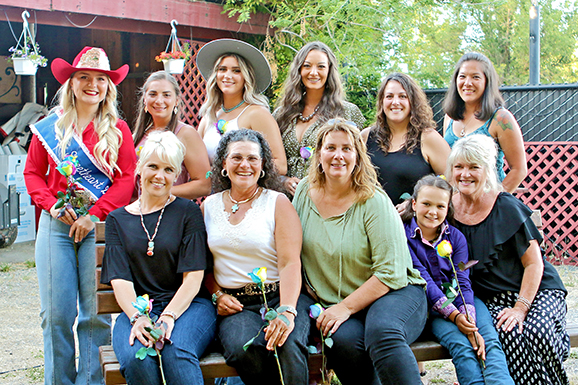 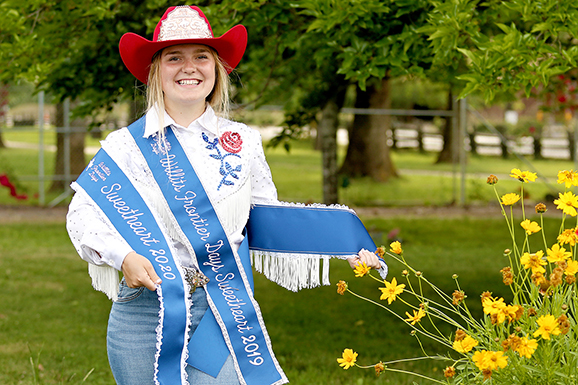 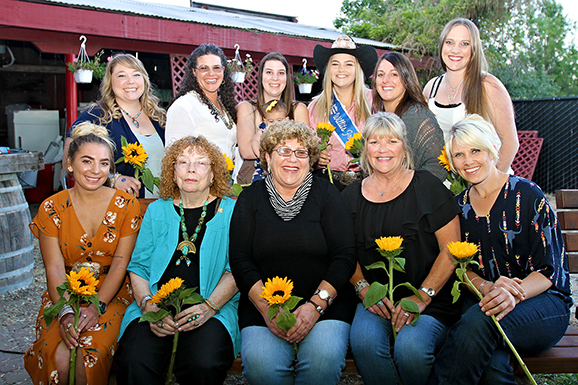 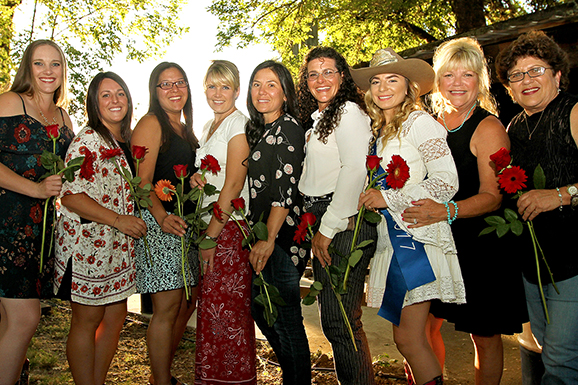 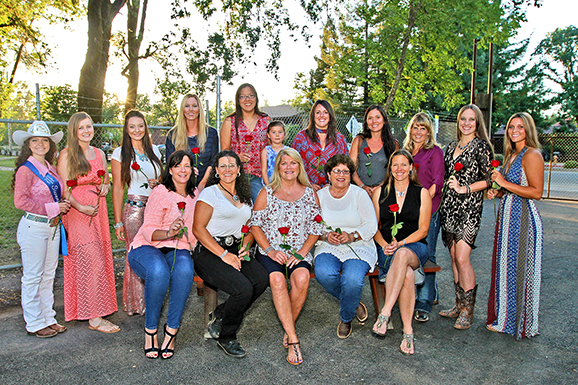 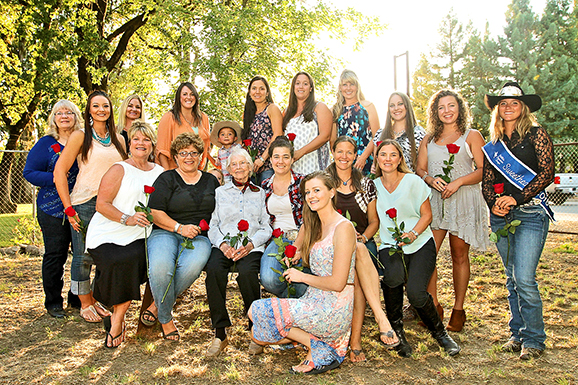 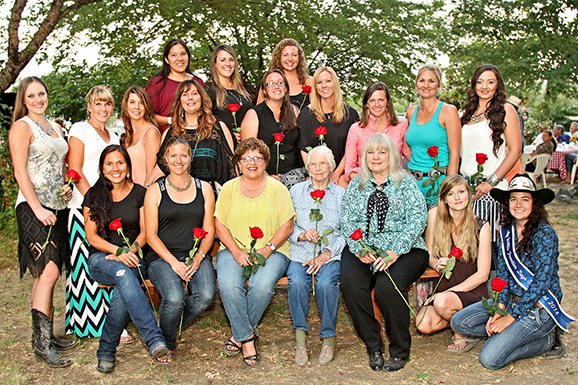 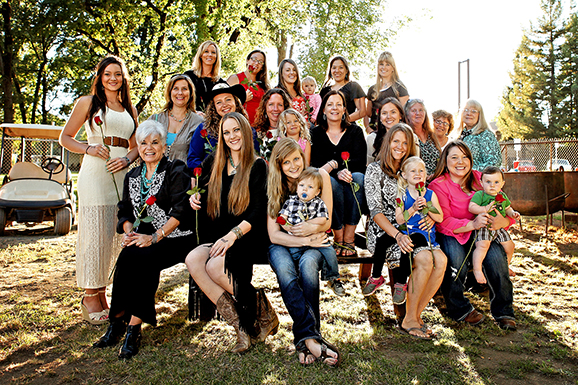 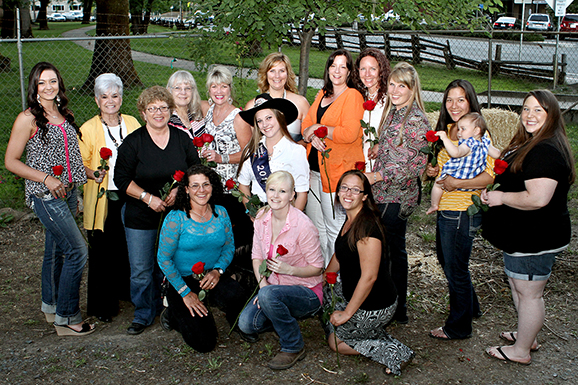 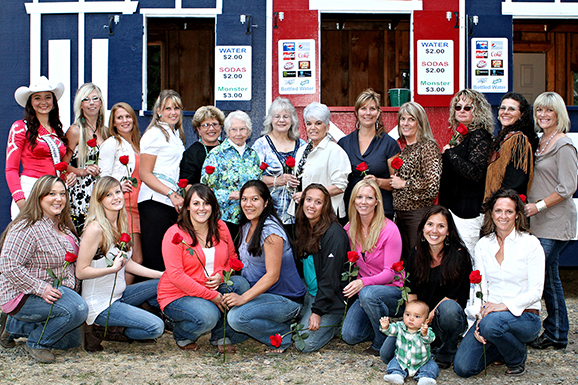